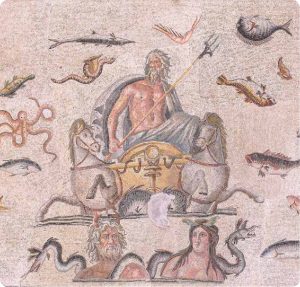 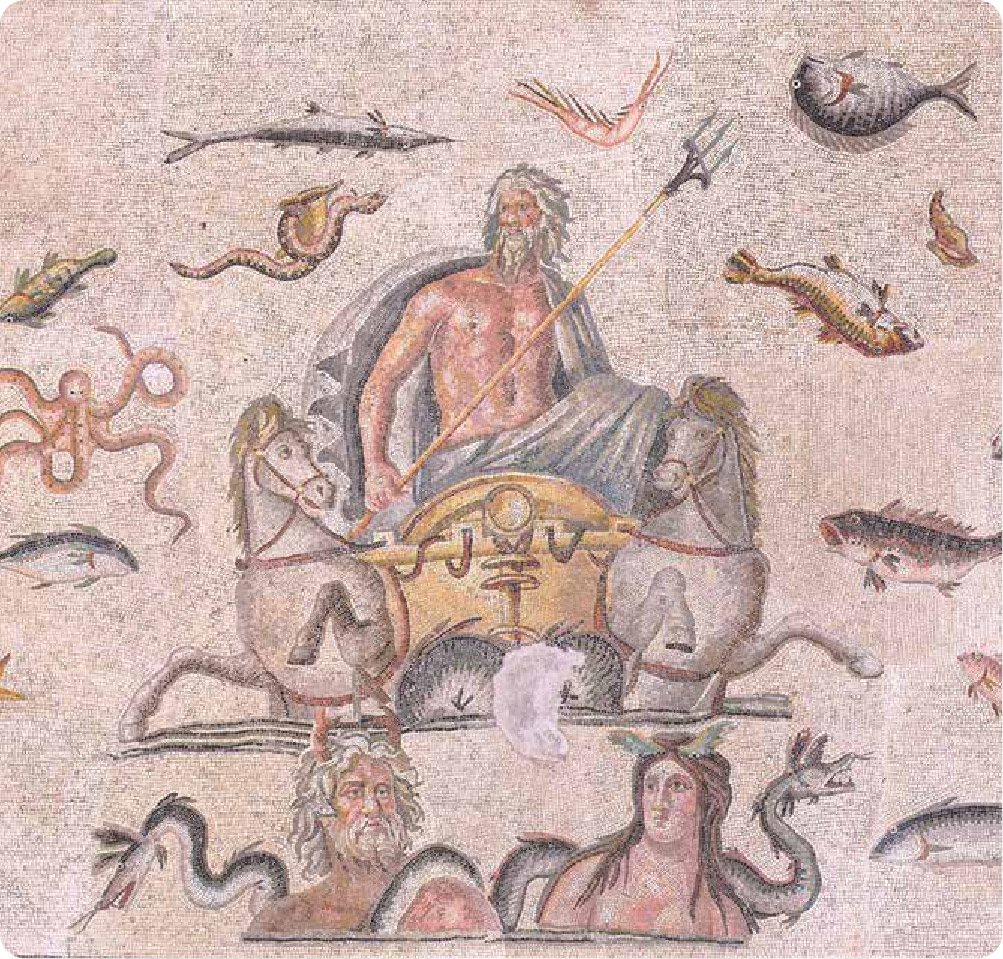 A mosaic discovered in Zeugma and exhibited in Gaziantep’s Zeugma
Mosaic Museum is one of the most beautiful examples of its kind. This
mosaic, thought to be the floor of a pool or an important hall, has at
its center Poseidon, the god of the sea. He is riding a pair of seahorses
(hippocampus) and holds a trident in his hand. In the lower left part
of the mosaic Oceanus, the god of all rivers, and his wife Tethys, the
queen of the seas, are depicted. Various sea creatures can be seen in the
background of the mosaic.
Poseidon was the Olympian god of the sea, earthquakes, floods, droughts
and horses. He was depicted as a mature man with a sturdy build and
a dark beard. Poseidon usually held a trident, and this three-pronged
fisherman’s spear is his most distinctive attribute. He sometimes also
wields a boulder encrusted with sea creatures (crayfish, octopuses, fish,
etc.). The god was either clothed in a cloak or depicted nude, and often
crowned with a wreath of wild celery or a simple headband.
Oceanus was the primordial Titan god of the great, earth-encircling River
Oceanus. He was the font of all of the earth’s freshwater – rivers, wells,
springs and rain-clouds. Oceanus was depicted in ancient art as a bullhorned
god with the tail of a serpentine fish, a form shared by his Rivergod
sons. His usual attributes were a fish and serpent.
Thetys was the Titan goddess of the primal font of freshwater which
nourished the earth. She was the wife of Oceanus, the earth-encircling,
freshwater stream, and the mother of the rivers, springs, streams and
fountains.
Sea creatures seen in the mosaic, such as dolphins, octopuses, crayfish
and eels, are depicted very vividly.