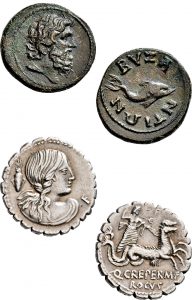 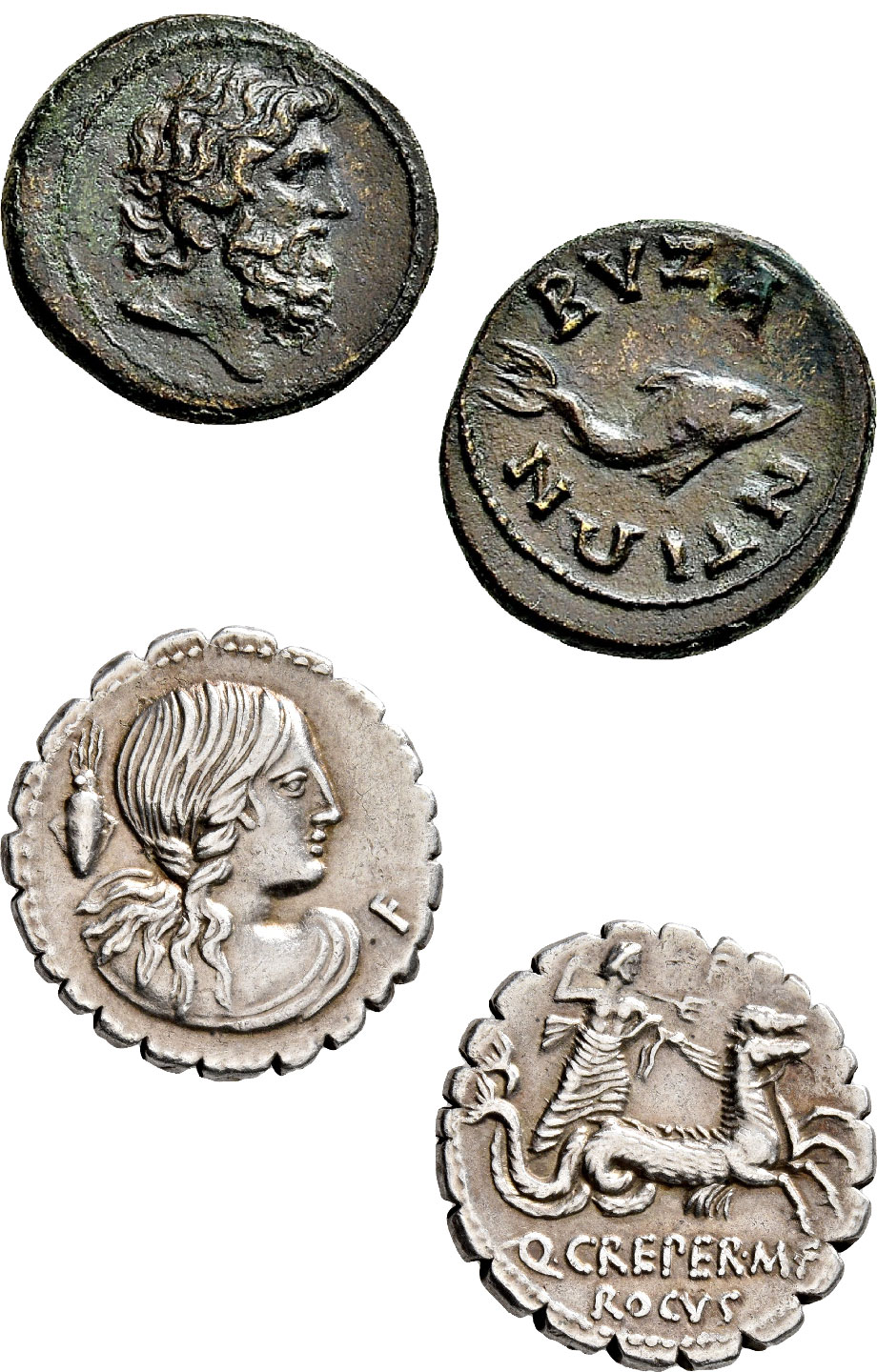 Coin of Byzantion, bronze. Head of Poseidon, Sea God, on the obverse and dolphin on the reverse. Roman Imperial period

Roman coin, silver denarius. Bust of Amphitrite, Queen of the Sea, on the obverse and Poseidon riding double sea horse on the reverse. Roman Republican period

Some ancient city-states put depictions of sea creatures such as fish,
dolphins, octopuses, seahorses, oysters and crabs on their coins. These
cities were situated on the shore of a lake, river or sea and featured the
local resources (natural wealth) on which their cities depended both to
their own communities and to the outside world.

On the 5th century BC electrum coins of Kyzikos (Erdek), the tuna fish was
used as a symbol next to the main depiction on many coins. So the tuna
fish has become an important determinant for attributing these coins
to Kyzikos. Likewise, on coins minted by Byzantion (Istanbul) during the
Roman Imperial period, two fish were sometimes depicted side by side
with a dolphin occasionally placed between the two fish. The depiction
of fish on its coinage indicates that Byzantion attached much importance
to fisheries as a source of its livelihood. As a matter of fact, ancient
writers make numerous references to Byzantion’s fishing industry.
Occasionally, dolphins are depicted in a highly artistic form,
as on coins of Abdera or on Athenian weights.