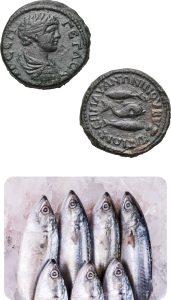 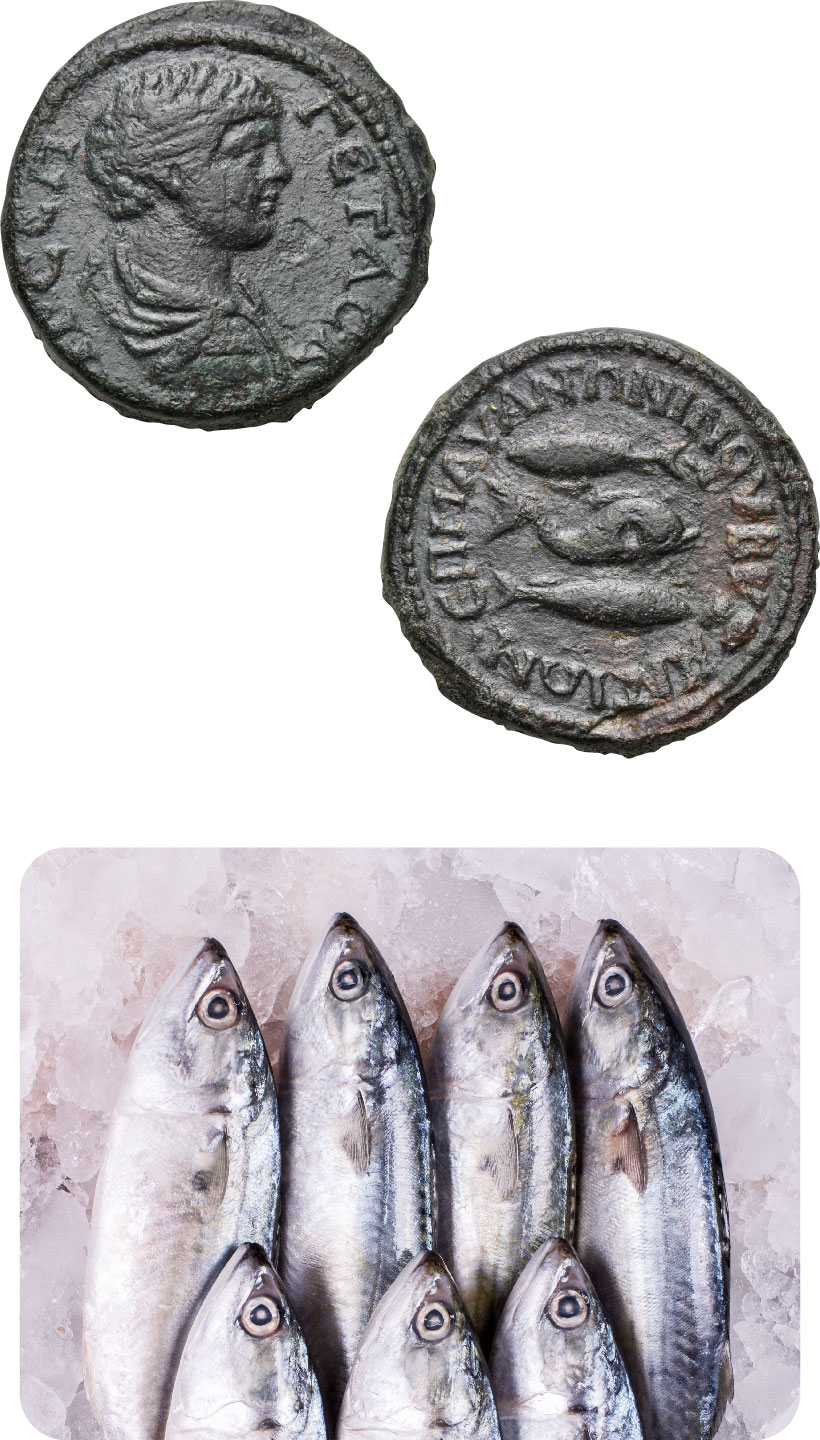 Coin of Byzantion, bronze. Bust of Emperor Geta on the obverse and dolphin between two tuna fish (or bonito) on the reverse. 3rd century AD

Many ancient authors mention that the Golden Horn of present-day
Istanbul derives its name from its resemblance to a horn. For example,
the Greek geographer Strabo compares the Golden Horn to a deerhorn
due to its intricate structure and bays. The place where bonito fish were
densely found and caught was the Golden Horn – Khrysokeras in Greek
and Chrysoceras in Latin. Pliny the Elder, who lived in the Early Roman
Imperial period and wrote in Latin, calls this estuary the “Golden Horn”
and explains why it was so named:


“… In the splendid whiteness shimmering through the water, from
the bottom to the surface, in the Thracian Strait (Istanbul/Bosporus
Strait), which connects the Marmara Sea to the Black Sea, at the
narrowest part of the Bosporus that separates Europe and Asia,
near Kalchedon (Kadıköy) on the Asian side is a rock. Fish are always
startled when they suddenly see this rock in front of them. In droves,
they head straight to Cape Byzantion (Golden Horn) on the opposite
side. This is the reason why this place is called the “Golden Horn.”


As seen, Pliny the Elder notes that the estuary (Keras; modern Haliç)
was called the Golden Horn because of the abundance of fish in this
bay. As can be understood by the accounts of both Strabo and Pliny, the
blessed fruit-filled cornucopia in antiquity turned into a blessed fishfilled
cornucopia in Byzantion (Istanbul). What was meant by gold was
nothing more than bonito fish!