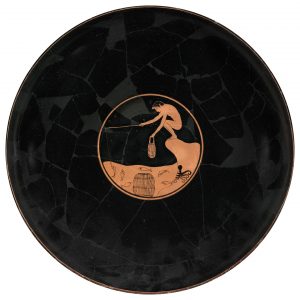 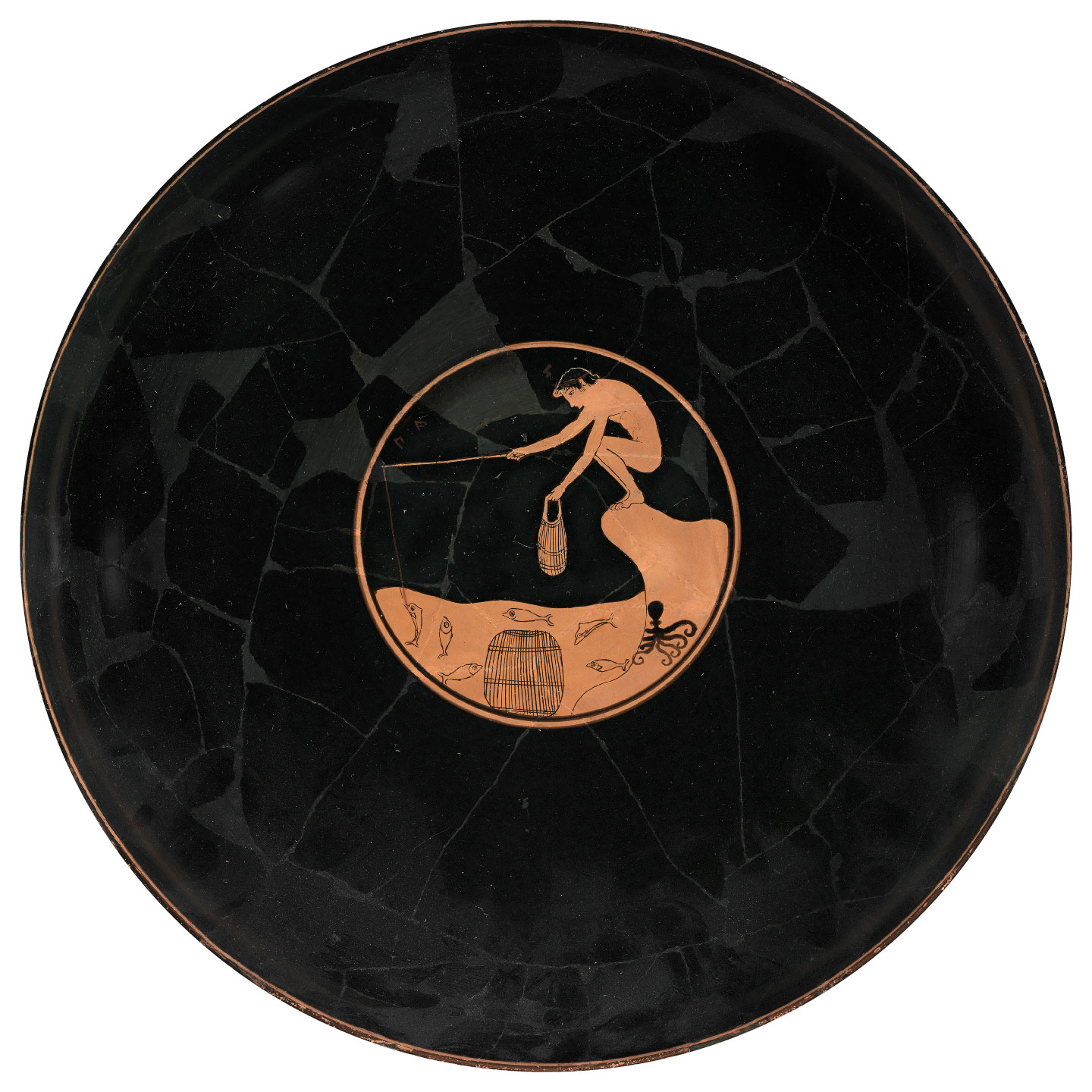 Information about fishing practices can be gleaned from ancient sources and depictions on mosaics. Thus we know that fishing lines, spears, tridents, fish weirs (traps), and nets were used for fishing.

Such fishing gear could be used both from the shore and on sailboats. Tuna hunts (thunneia) using the “lookout” method (skopia) has been described by ancient authors. Indeed, the writings of Philostratos the Younger and Oppian provide enlightening information on how this hunt was conducted. For such a hunt, sharp iron spears or nets were used. First, a lookout point was set up in a high tree, and someone with a keen eye would be placed there. This person was tasked with focusing his eyes on the sea and gazing as far away as possible. When a school of fish approached, he would shout loudly to those waiting in the boats below. These men would surround the fish with large nets; and when they were full of fish, they would gather the nets.

Dolphin hunting was also conducted in antiquity. Dolphins were hunted for their fat, not for their meat. Oppian painfully describes the killing of baby dolphins, who thought they would not be harmed by humans. The fishermen would wait for the baby dolphins to approach the boats and then unexpectedly throw iron harpoons at them. Instead of being pulled into the boat, the baby dolphins who received such a fatal blow were allowed to glide away into the depths of the sea and then resurface. This way the mother would follow the baby to the surface, and the fishermen would kill her as well.