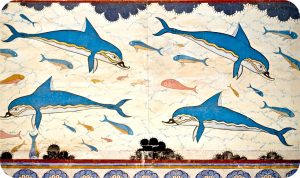 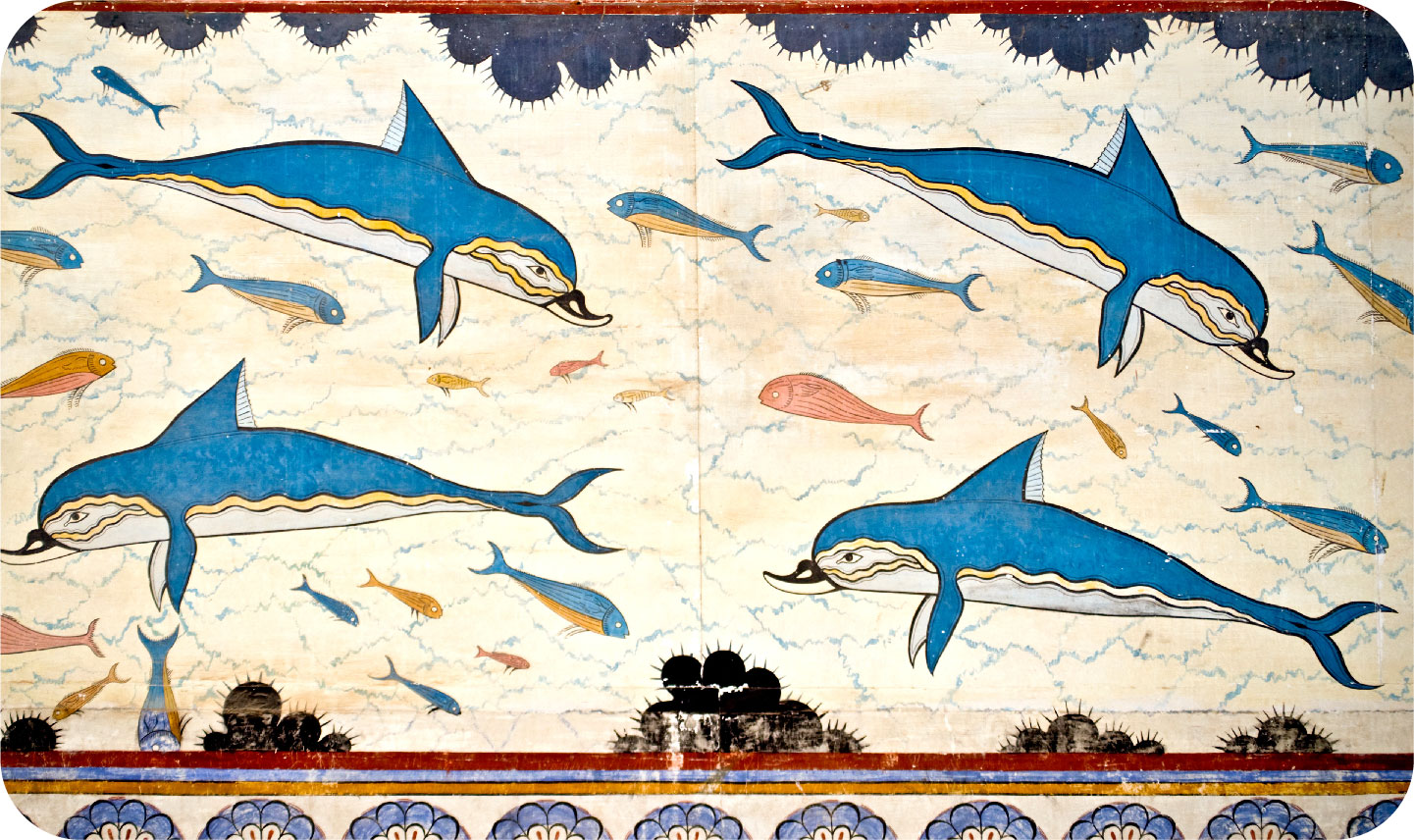 Knossos (Crete) Dolphin Fresco in the Queen’s Megaron. Ca. 1500 BC

Dolphins belong to the delphinidae family and are related to whales.
The dolphin (Lat. delphin, delphinus) is a mammalian carnivorous
marine animal with a length of 1.5-2.0 m. Ancient authors give detailed
information about dolphins and dolphin hunting. Strabo, for example,
says that dolphins travel in pods; and because they become fat from
feeding on juvenile tuna (kordyles) and tuna fish, fishermen hunt them
only for their fish oil (fat) and do not eat their meat. Oppianos explains
that fishermen from Byzantion (Istanbul) sailed from the shore in light
boats and hunted dolphins with three-pronged harpoons called akides.
Aelianus says that the fishermen prayed that dolphins and swordfish
would not accidentally be among the fish caught in their nets. For both
dolphins and swordfish would tear the fishermens’ nets and cause the
other fish to escape. If the hunt turned out as expected, the fishermen
would sacrifice a tuna fish to Poseidon the Sea God. This sacrifice was
called the thunnaion.

In ancient times, dolphins were known as creatures who demonstrated
a docile and friendly behavior. A story told by the ancient writer Aelianus
is really touching. A man named Koiranos lived in Byzantion and freed
dolphins caught in fishing nets by giving money to the fishermen.
One day, while Koiranos was sailing in a ship, it capsized and sank,
and everyone drowned except Koiranos. He was rescued by dolphins
and helped to reach land safely. Thus, the dolphins had returned the
favor that had been shown to them previously. When Koiranos died,
his neighbors held a funeral ceremony by the sea. The dolphins who
approached the shore and watched the ceremony were happy to fulfill
their final duty to Koiranos who had treated them with affection.