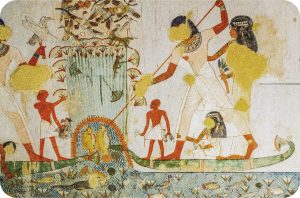 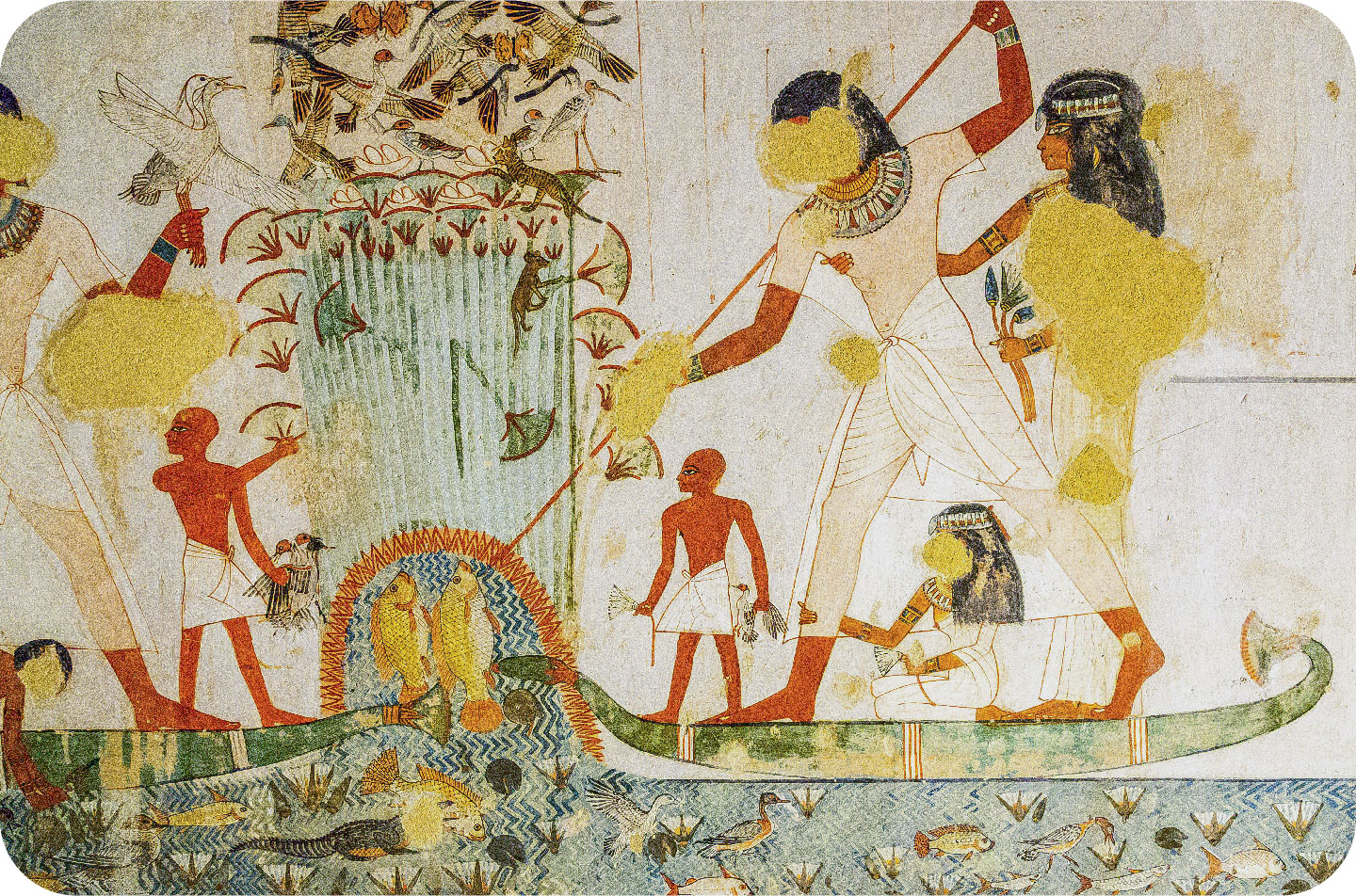 Menna and family hunting in the marshes. Tomb of Menna, Thebes. 14th century BC

Herodotus, the Father of History, calls Egypt the “Gift of the Nile.”
Indeed, the Nile River gave life to Egypt. The richness and diversity of
fish in the waters of the Nile constituted the main food source for the
Egyptians. Since the Pharaonic period, fish were a very important and
cheap food for those living in the Nile Valley. Fishing was not only the
job of commercial fishermen, but the general populace also needed to
fish. Among the most popular species for food in the Nile were perch,
eel, catfish, carp, mullet and freshwater sea bream.


The poor preferred fish rather than meat. The implements used in
fishing were generally fishing rods, harpoons, nets and baskets. Surplus
fish for later consumption were kept in small ponds. Among surviving
paintings or reliefs, the fishing scenes made by fishermen showing nets
on bamboo or reed boats are quite remarkable. To locate the relatively
large nets left in the sea, pieces of wood were knotted into the edges
of the nets so as to float on the surface. The reliefs also show that
small-sized nets were used by a single person. Fishing with rods was
a practice generally done by the lower classes, but sources show that
high government officials also fished with rods for sport. Although the
Egyptians usually cooked their fish, they also consumed them raw. In
addition, fish were dried in the sun, smoked over a fire, or soaked in
saltwater brine, especially mackerel.

As in Mesopotamia, fish consumption were prohibited in some temples
in Egypt as well as during some periods. Catfish were also among the
offerings made at the temples.