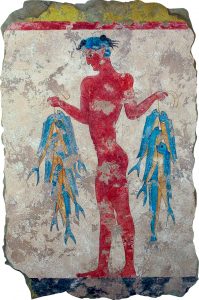 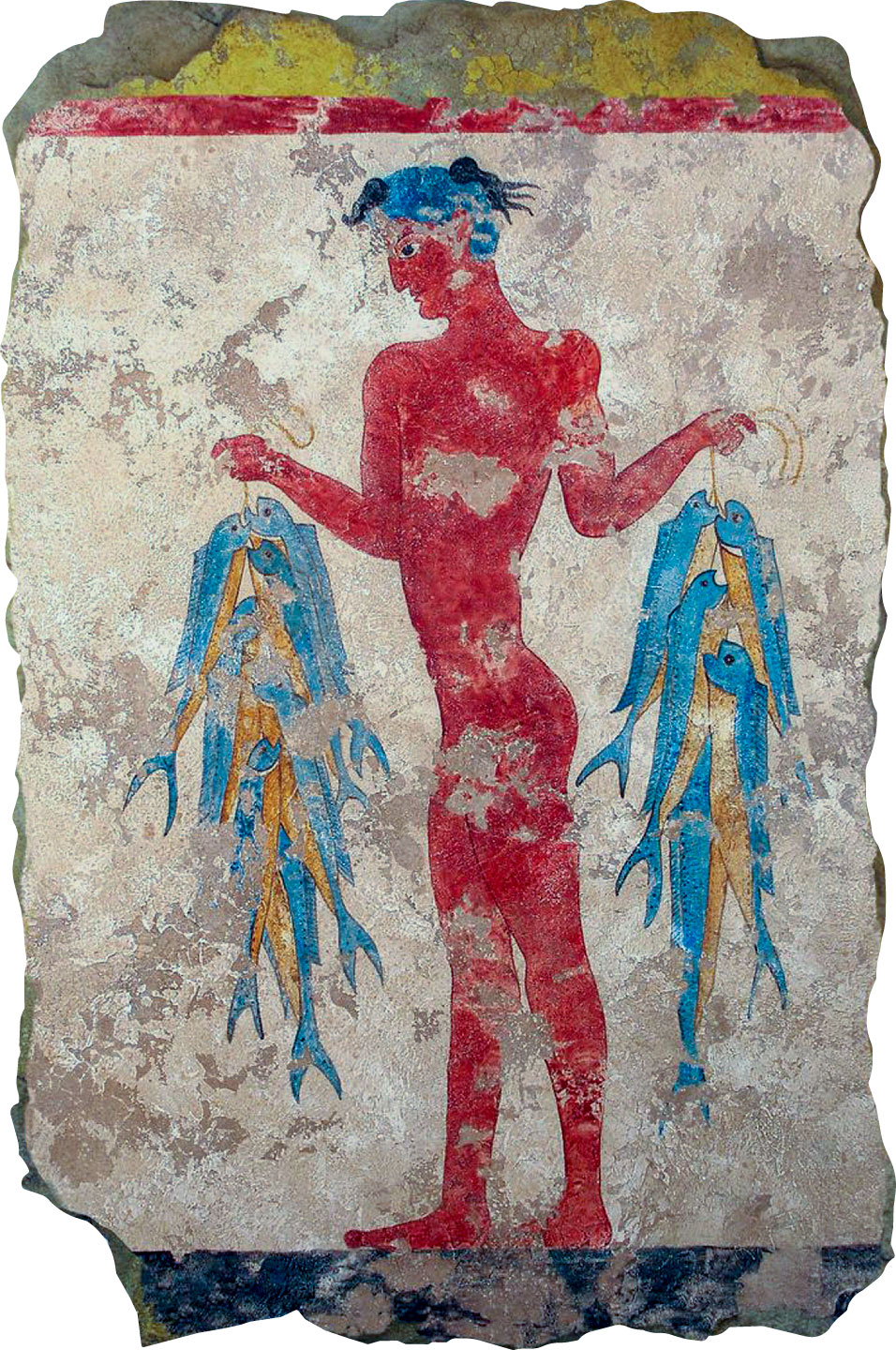 A Minoan fisherman with his catch of mackerel or tuna. Akrotiri, Island of Santorini. Ca. 1627 BC

Many sea creatures are depicted on frescoes and vases belonging to
the Minoan civilization (1900-1400 BC). The Island of Crete is regarded
as the cradle of this civilization in the Aegean world. This indicates the
interest of Cretans in the sea. An ischarose, or parrot fish, is depicted on
a gold ornament found in Knossos. The same fish is also depicted on
precious stones. Some metal fishing hooks have been found in Gournia.
Sources also mention the catching of tuna fish. Considering ancient
fishing practices, it is possible that octopuses were hunted at night using
torchlight and spears.

The Mycenaean (Akha) civilization emerged in Greece between 1600 and
1100 BC and affected the entire Aegean world. Fish and seafood played
a relatively small role in the diet of the Mycenaeans. High-ranking
government officials consumed more fish than the rest of the populace.
In addition to fishing done from sailboats, people would fish from land
or in shallow water. Fishing was practiced using shorenets from beaches,
fishhooks and spears, and weirs, along with diving for sea creatures and
sponges at the bottom.


There are no records of fish and fishermen in the Linear B tablets, which
are Mycenae’s written documents. This lack of records may indicate
that fishing was not directly under the control of the palace. However,
frescoes and vase paintings indicate that fish and fisheries occupied an
important place in both the Minoan and Mycenaean worlds.