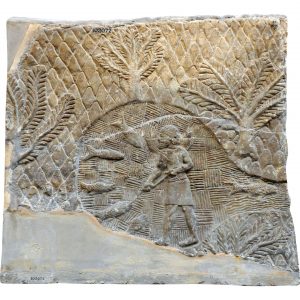 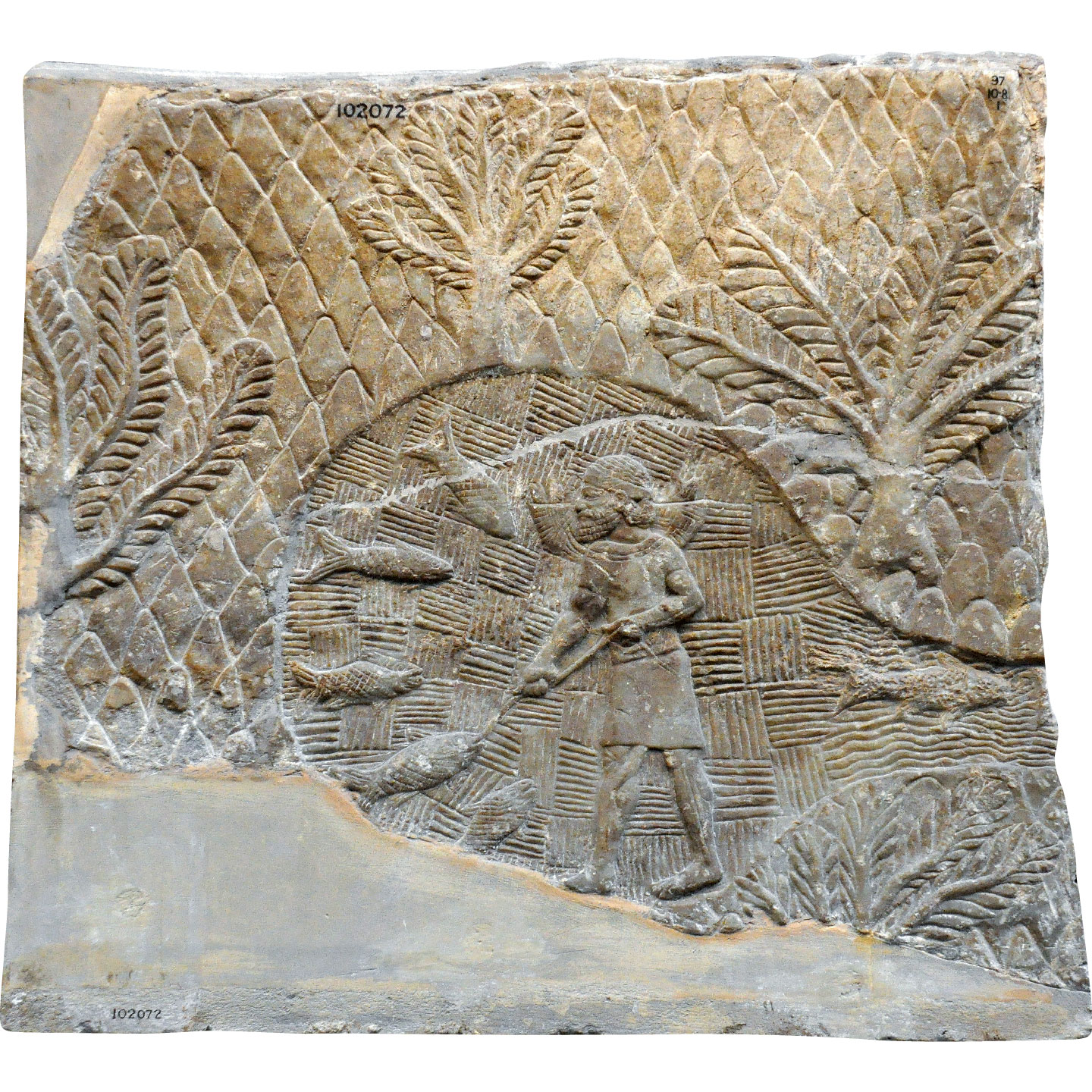 Bas-relief depicting an Assyrian man fishing in a mountain pool or pond. 7th century BC

In archaeological excavations conducted in Mesopotamia, where
powerful states such as the Sumerians, Akkadians, Babylonians and
the Assyrians had settled, fossils of seashells and other sea creatures
as well as fishing rods were found. In addition, murals and reliefs give
an idea about how fish were caught and consumed in Mesopotamia.
Cuneiform documents distinguish between fishing at sea and fishing
in freshwater lakes and rivers. The waters containing the most fish
resources were the vast swamps in the lower deltas of the Euphrates and
Tigris rivers. Cuneiform documents inform us about the nomenclature
of fish species, their distribution, fishing rules, and penalties in case of
dispute. It appears from these records that the guild of fishermen was
well-organized.


Fishing hooks used for fishing were made of bone at first, but later
metal was also used. Rafts and small boats made of animal skin were
used both for fishing with hooks and fishing with nets. Fish were kept
in ponds or pools to be used as food when needed. The peoples of
Mesopotamia carried out preservation processes such as sun-drying,
salting (brine) and smoking, thus allowing many different dishes from
fish. In addition, fish eggs were consumed as a delicacy.

Fish played an important role in Mesopotamian mythology and were
offered as a sacrifice to the gods in religious ceremonies in the temples.
Fish not needed for ceremonial use by temple officials were sold to the
public. Fish consumption was prohibited in some temples and on some
special occasions. Fish and sea turtles were presented as sacrifices in
funeral ceremonies within the framework of the ancestral cult. Reliefs
depict “fish gods” (e.g. Oannes) as half human and half fish.